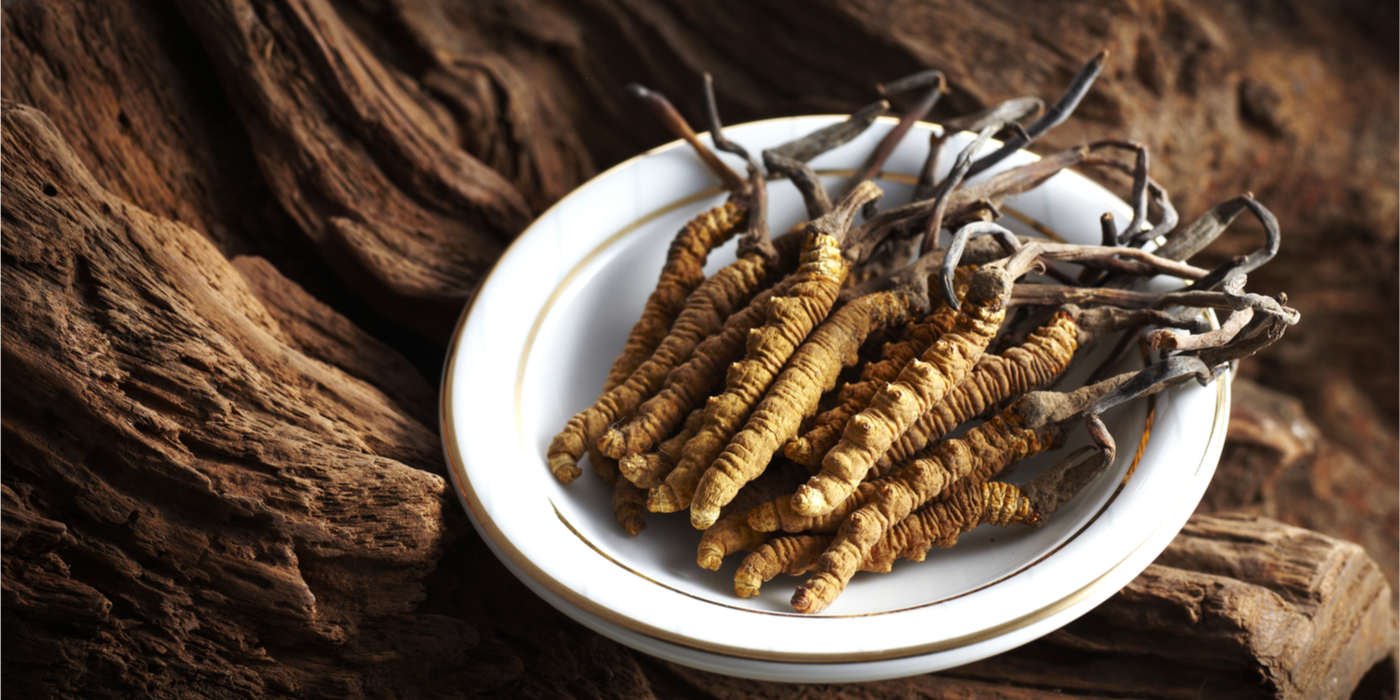 Cordyceps: 4 Things You May Not Know

Energy boosting supplements have always been extremely popular with people who train regularly. Pre-workout, post-workout and even intra-workout supplements are fixtures on a lot of supplement stacks. A lot of these energy-boosting drinks and supplements often utilize synthetic chemicals that have weird-sounding names and can be potentially toxic.

More often than not, there is very little research available on the properties of these obscure ingredients. As a result, a lot of manufacturers get away by packaging substandard materials in a flashy package proclaiming the aforementioned weird-sounding ingredient as the ultimate source of energy. However, there are a few tried and true ingredients that actually have studies that back their credentials. One such ingredient is the cordyceps fungus.

So, let us take a look at why you should consider adding this rare and powerful fungus to your supplement stack.

ATP is basically the currency of the energy in the cells in your body. Any physical activity which requires instantaneous, explosive bursts of power utilizes ATP. This means that sprints, jumps, box squats, clean and jerks, clapping push-ups and other explosive movements utilize ATP.

This is where cordyceps comes into the picture. The cordyceps fungus significantly increases the ability of your body to generate ATP, which in turn ensures that you are more active and physically capable. Whether you are running a 100 mile race or just looking to spend more time playing with your kids, the increased ATP will help you.

During training, insufficient amounts of ATP means that you will reach failure early. Having a bit of energy in the bank can mean the difference between failing halfway through a set and being able to crank out those crucial last few repetitions. Since you will be able to lift heavier weights for higher repetitions, you will be able to increase muscle mass.

In some studies done on mice by researchers in the Department of Cell Biology and Anatomy at the Cheung Kung University of Taiwan, it was found that supplementing with cordyceps increased the testosterone levels of the animals. While this theory is not yet conclusively proven in human subjects, the Chinese have used cordyceps to treat sexual disorders in the past.

Research is emerging which shows that humans might benefit in a similar fashion from cordyceps intake. For guys, more testosterone means more muscle mass, an improved libido and a general sense of well-being.

3. Cordyceps fungus may improve performance by enhancing the utilization of oxygen.

In August of 1993, eight Chinese female runners broke three records at the World Outdoor Track and Field Championships in Germany. While they were suspected of doping, it was found that they were completely drug free. Later, they revealed that cordyceps played a big part in their success.

Studies have shown that cordyceps greatly improves oxygen utilization in humans, thereby enhancing their aerobic capacity and stamina. Cordyceps achieves this feat by essentially lowering your heart rate and having an anti-fatigue effect, which means that you get tired less quickly and can work harder over longer durations.

4. Cordyceps might be better than caffeine as a stimulant.

In Tibet, herders who were grazing their yaks on the cordyceps mushroom observed that they seemed to be energized and more vigorous. This led to the use of cordyceps as a potential stimulant, similar to coffee.

However, unlike coffee, users who took cordyceps reported that they didn’t have any of the negative side effects of consuming coffee, such as sleeplessness and disorientation. It has been found to markedly reduce the feeling of tiredness and contribute to wellness among senior citizens.

Although the general fitness world has just recently woken up to the potential of cordyceps, it has been used as a medicinal aid for centuries. While the full expanse of its potential is yet to be discovered, it is safe to say that it has some extremely desirable effects on a person’s health. While it isn’t as popular as other energy-boosting supplements, its utility as one cannot be denied.

If you want to supplement with cordyceps, you could look for a blend which mixes it with other ingredients that have worked for you before. If you don’t currently have an energy booster in your supplement stack, you should consider adding a stand-alone cordyceps extract to it, and reap the benefits of this wonderful fungus.

†Statements made on this website have not been evaluated by the U.S. Food and Drug Administration. These products are not intended to diagnose, treat, cure, or prevent any disease. Information provided by this website or this company is not a substitute for individual medical advice.